Are you interested in a productivity “hack” that’s easy to implement and guaranteed to make you more productive and happier?
Yeah, I thought so! Let’s dive in!

Many productivity tools are complicated and challenging to implement. Some require several steps and take months of consistency to become habits. Ironically, when you need a productivity overhaul the most, you’re probably too busy to add any complicated processes into your already packed day, even if it will make you more productive in the long run.

However, the tool that I’m going to elaborate on in this article is about as simple as it gets, and several experts back it up.

It’s called “The Two Minute Rule.” It is an easy-to-implement productivity hack that can make you more productive and happier. Many people rely on the rule, including Productivity Guru David Allen, Habit Master James Clear, and Happiness Expert Gretchen Rubin.

These three writers are at the top of their fields, and they all recommend their own variations of this easy hack. By exploring each of their tactics, you can learn how to implement this rule into your life most effectively. It only takes two minutes, but it will save you hours in the long run.

David Allen, who wrote the best-selling time-management book, Getting Things Done, is the original mastermind behind the two minute rule. His rule states:

“If an action will take less than two minutes, it should be done at the moment it’s defined.”

This defends against procrastination, and it truly is life-changing if it’s implemented correctly. Washing dishes right after eating, for example, only takes two minutes. But if you don’t do it all day, then you’re left with a sink full of dishes by the end of the day, and the task will take up a much more significant amount of time.

Here are a few things you can do in two minutes that will save you time later:

Allen’s rule also can be used to reduce everyday stress. If you do a two-minute task right away, it’s done and out of your mind. But if you push it off until later, it sits in the back of your mind, creating stress that you might not even realize is there until you eventually either do it or decide it’s not ever going to be done.

I saw this in action in my own life last week. I knew I needed to make a follow-up appointment with my doctor, a task that would only take two minutes using the patient portal, but I continued to put it off while knowing in the back of my mind that it needed to be done eventually. Finally, I just sat down and did it, and it was done.

I could have saved myself a lot of stress if I had just done it right away.

James Clear, the author of Atomic Habits, adapted Allen’s two-minute rule into a version that can specifically help you set and keep good habits. You can use Clear’s version of the rule to establish attainable practices that will increase your productivity for years to come. Clear’s rule states:

“When you start a new habit, it should take less than two minutes to do.”

He suggests scaling down a new habit into just two minutes, which will make that habit more sustainable. For example, “write three articles a day” becomes “write for two minutes a day.”

The idea here is that we often feel so overwhelmed by new habits that we don’t ever even start them, but the two minute rule makes these habits feel more manageable, so when we start, we’re more likely to keep going. Even two minutes is better than nothing.

Starting is the hardest part, and if you can do a task for just two minutes, you’re much more likely to keep going. Clear says, “make it easy to start, and the rest will follow.” Here are some examples of two minute tasks that will lead to something bigger:

Gretchen Rubin, the Happiness Expert and Author of The Happiness Project, has a very similar rule called the One Minute Rule. Although the time limit is slightly different, the concept is the same, and her rule can be used to increase productivity and happiness. Her rule is:

“I must do any task that can be finished in one minute.”

She uses the example of hanging her coat up when she walks in the door. Like the other two rules, following Rubin’s rule will help you be more productive in the long run. Hanging your coat, for example, would prevent a cluttered house full of coats strewn everywhere and would require less tidying. The goal is to decrease your feelings of overwhelm and increase calm and focus.

Rubin also points out that following the one minute rule decreases decision fatigue, which plagues all of us. We make tiny decisions all day long, and it’s exhausting and depletes our energy.

Following the one minute rule means you won’t have to decide whether to pay that bill or put that dish in the dishwasher; you’ll just do it because you know that’s what you have to do. Knocking out some of those tiny decisions you make every day leaves more energy for the big decisions and the deeper work.

Of course, there is a wrong and right way to use the one or two minute rule. As this article points out, the rule shouldn’t get in the way of deep work.

Suppose you’re in the middle of a task and you keep switching over to your email just quickly to respond each time an email comes in. In that case, you’re getting in the way of your flow, and it’s negatively impacting your productivity in the long run. Only use the two minute rule if you’re transitioning between tasks, e.g., going from your lunch break to a meeting. Don’t use it as an excuse to push aside more significant tasks or multitask when you should be focusing on one thing at a time.

In the long run, if you implement the rule correctly, taking time to do one or two minute tasks immediately will increase your productivity. It will decrease your feelings of overwhelm, allowing you to focus more on meaningful work and ensure that small tasks don’t build up until they become one big task. Give it a try today, and let me know in the comments how much time and stress you saved! 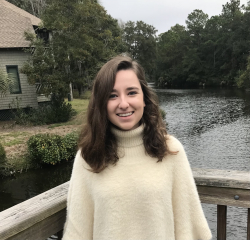 Norrie Beach
Norrie Beach is a Freelance Writer and Blogger who is passionate about mental health and wellness. She is always seeking to improve herself and others, and she particularly loves writing about increasing productivity, managing anxiety, and achieving mindfulness. Read more of her writing on Medium at norriebeach.medium.com.

Latest posts by Norrie Beach (see all)
Spread the love

Please log in again. The login page will open in a new tab. After logging in you can close it and return to this page.

We use cookies on our website to give you the most relevant experience by remembering your preferences and repeat visits. By clicking “Accept All”, you consent to the use of ALL the cookies. However, you may visit "Cookie Settings" to provide a controlled consent.
Cookie SettingsAccept All
Manage consent

This website uses cookies to improve your experience while you navigate through the website. Out of these, the cookies that are categorized as necessary are stored on your browser as they are essential for the working of basic functionalities of the website. We also use third-party cookies that help us analyze and understand how you use this website. These cookies will be stored in your browser only with your consent. You also have the option to opt-out of these cookies. But opting out of some of these cookies may affect your browsing experience.
Necessary Always Enabled
Necessary cookies are absolutely essential for the website to function properly. These cookies ensure basic functionalities and security features of the website, anonymously.
Functional
Functional cookies help to perform certain functionalities like sharing the content of the website on social media platforms, collect feedbacks, and other third-party features.
Performance
Performance cookies are used to understand and analyze the key performance indexes of the website which helps in delivering a better user experience for the visitors.
Analytics
Analytical cookies are used to understand how visitors interact with the website. These cookies help provide information on metrics the number of visitors, bounce rate, traffic source, etc.
Advertisement
Advertisement cookies are used to provide visitors with relevant ads and marketing campaigns. These cookies track visitors across websites and collect information to provide customized ads.
Others
Other uncategorized cookies are those that are being analyzed and have not been classified into a category as yet.
SAVE & ACCEPT